Taylor Swift donates £23,000 to teenager who set up a GoFundMe so she could attend university

Taylor Swift donates £23,000 to teenager who set up a GoFundMe so she could attend university

Taylor Swift has donated over £23,000 to a teenager who started a GoFundMe appeal so she can go to University.

Vitoria Mario, a Tottenham teenager, wants to become a mathematician. In her online appeal, she explained that despite being offered an unconditional place at the University of Warwick to study mathematics, she could not afford to take it up. 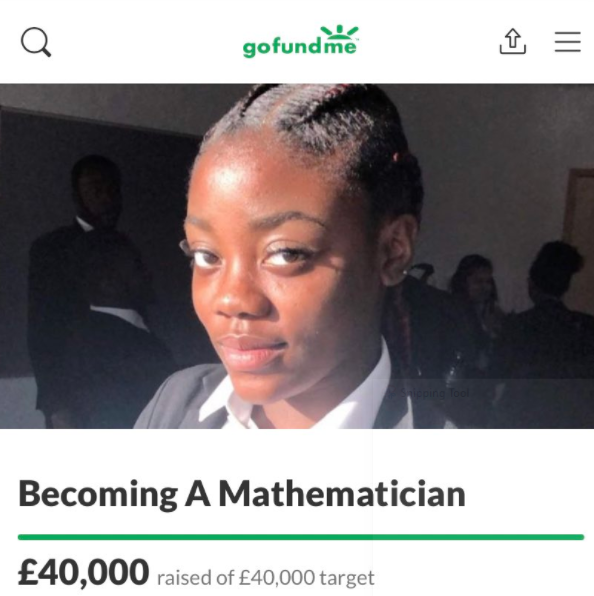 Taylor Swift found her GoFundMe appeal and decided to make a generous donation while leaving a touching message for the teenager.

Taylor wrote to the teen: “Vitoria, I came across your story online and am so inspired by your drive and dedication to turning your dreams into reality. I want to gift you the rest of your goal amount. Good luck with everything you do! Love, Taylor.” 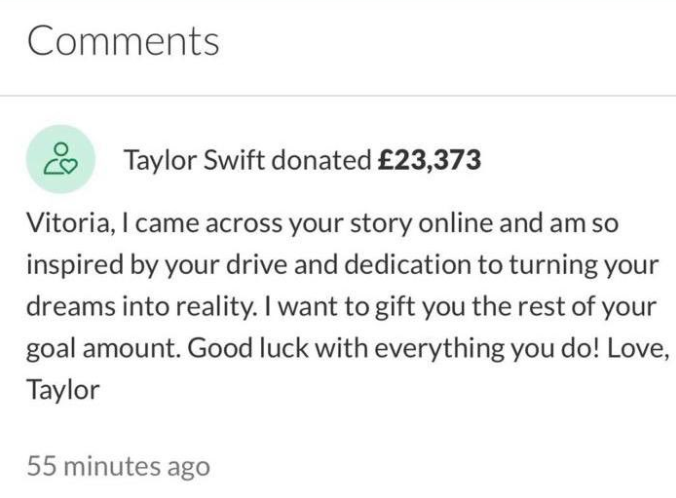 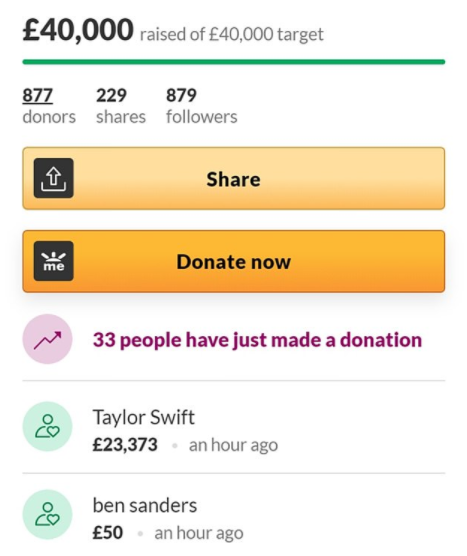 In response, Vitoria said: “My mind has been blown. I was wondering how to reach enough people to hit my goal and now this miracle has happened. I’m just over the moon. I got 1A and 2A*s in my exam results recently and this is just a huge cherry on the cake!”