A Nigerian man has been seized by the police after he broke into a house and stole two television sets, decoder, security dog, and other household items in Magodo, Lagos.

The robber was pictured with the stolen items at the Police Station in Magodo area of Lagos. 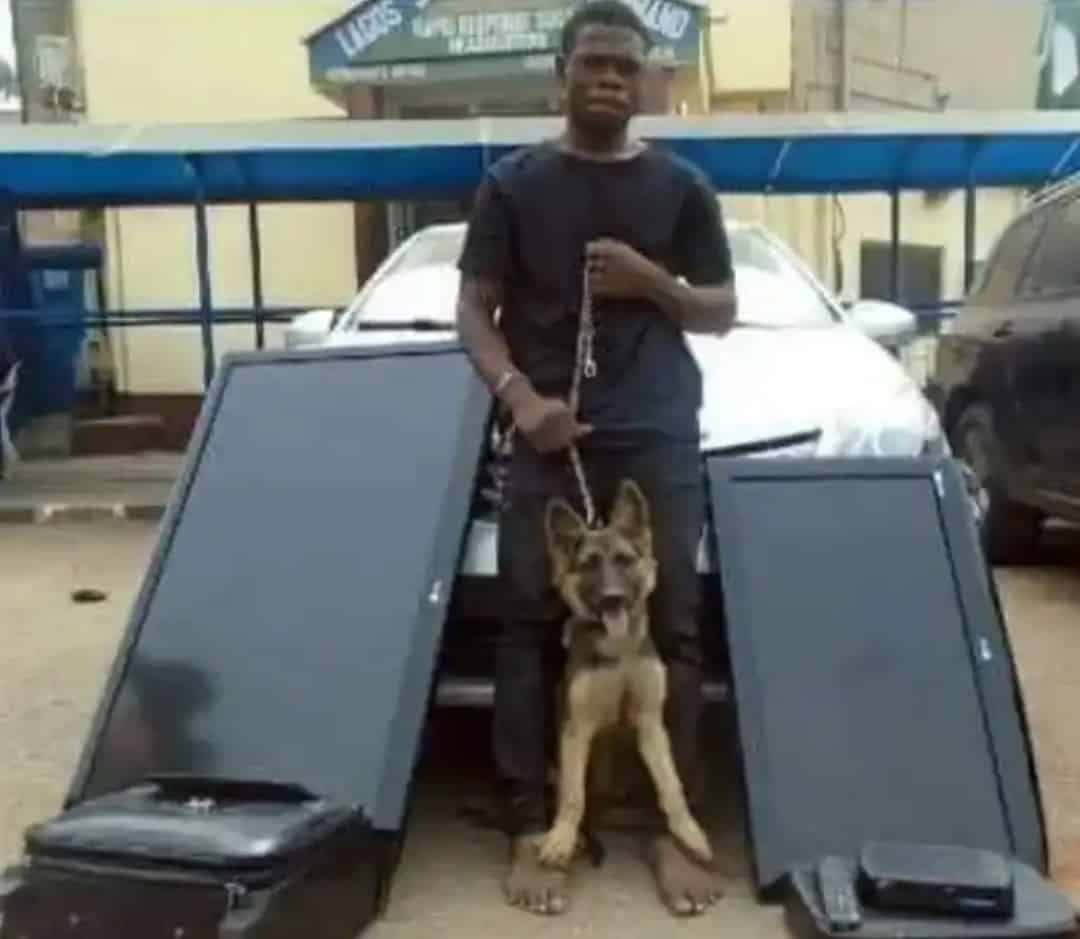 Twitter user who gave details of the incident wrote;”

“Just to cut a long story short, The guy broke into a House in Magodo, Lagos & stole two Television sets, a decoder & other items.

As if dat was not enough, he stole the Security Dog too . Security dog wey suppose dey guard the owner, dem thief am join The matter crack me up”