Three Baltimore men who were wrongly imprisoned for 36 years in Maryland, United States have been set free after a review of the murder case they were prosecuted for.

The three men identified as Alfred Chestnut, Ransom Watkins and Andrew Stewart, were reportedly teenagers when they were sentenced to life in prison in 1984. They were accused of being responsible for the murder of 14-year-old DeWitt Duckett who was shot in the neck on his way to class at a Baltimore junior high school and also stealing his Georgetown University jacket. 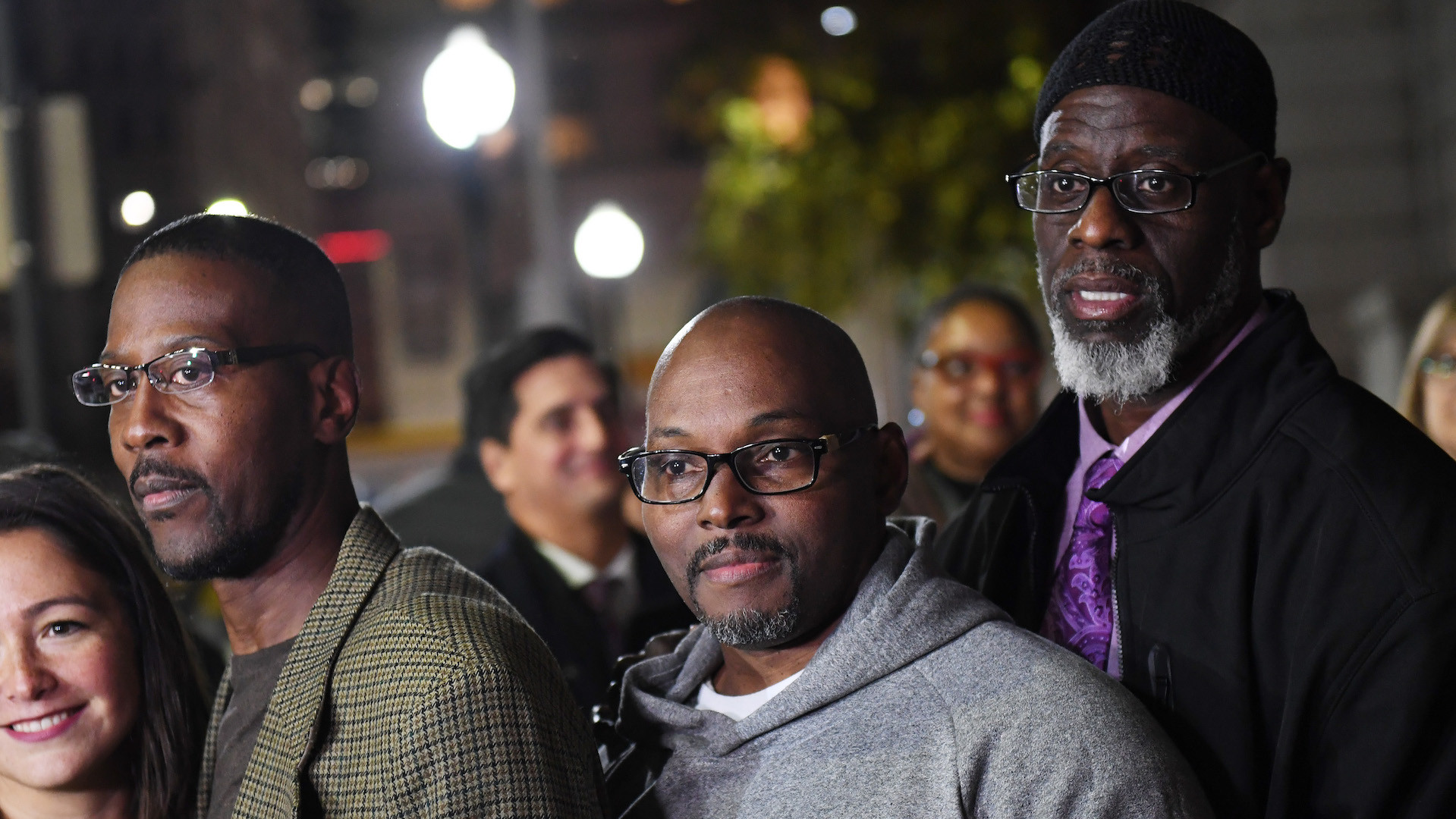 They were released from custody on Monday November 25, hours after a judge cleared their convictions and prosecutors dropped the charges.

“These three men were convicted, as children, because of police and prosecutorial misconduct,” Baltimore state attorney Marilyn Mosby said after the men were released.

In a statement, her office said “detectives targeted the three men, all 16-year-old black boys, using coaching and coercion of other teenage witnesses to make their case”. 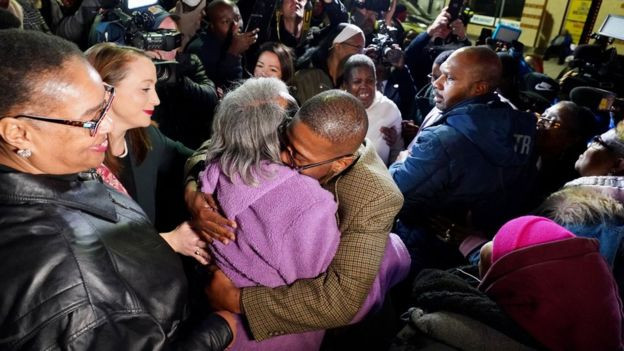 Speaking at a press conference after they were released, Watkins said:

“This should have never happened. Somebody’s got to pay for this,” he said. “You can’t just leave this like this. This fight is not over.”

Stewart on the other hand said “When I got the information, I cried, and I didn’t know how to stop crying until a friend of mine came to me and hugged me and said, ‘Man your journey is coming to an end,’ but it is not, my journey is just beginning, because I got to learn how to live right now.”

It was learnt the case was reopened earlier this year by the office of Baltimore City State’s Attorney Mosby after Chestnut sent a letter to the Conviction Integrity Unit. The Washington Post reported Chestnut included exculpatory evidence he uncovered last year. 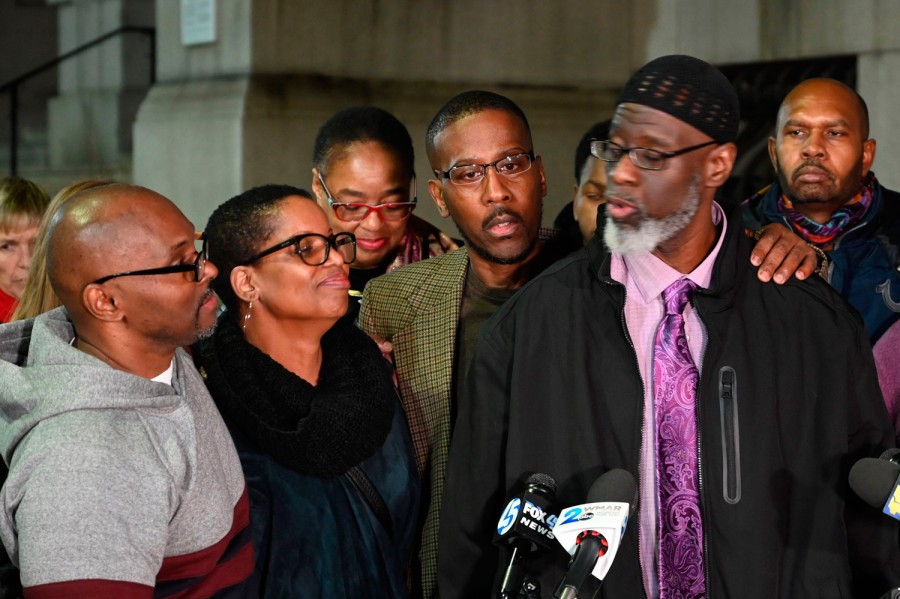 During examinations the Baltimore prosecutor’s office found errors in the investigation and the new review concluded that a different student, who was 18 at the time of the crime was the shooter.

The new suspect who was shot dead in 2002 was seen fleeing from the scene and dumping a gun as police arrived at Harlem Park Junior High School, but authorities at the time focused their investigation on the trio.

“Everyone involved in this case – school officials, police, prosecutors, jurors, the media, and the community – rushed to judgment and allowed their tunnel vision to obscure obvious problems with the evidence,” said Shawn Armbrust, executive director of the Mid-Atlantic Innocence Project, which represents Watkins.

Armbrust added that “this case should be a lesson to everyone that the search for quick answers can lead to tragic results”.