Some international celebrities which include Trey Songz, Big Sean, Chance The Rapper, Estelle, Nasty C have lent their voice to the #EndSARS protest which has gained widespread attention in the last few days.

Most of the celebrities stated that they are researching on the cause of the protest and also expressed concern that Nigerians are being brutalized, extorted and murdered by their own people.

Here are some of the tweets below; 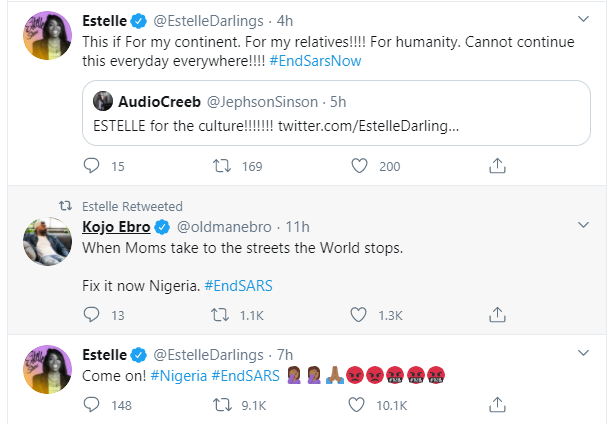