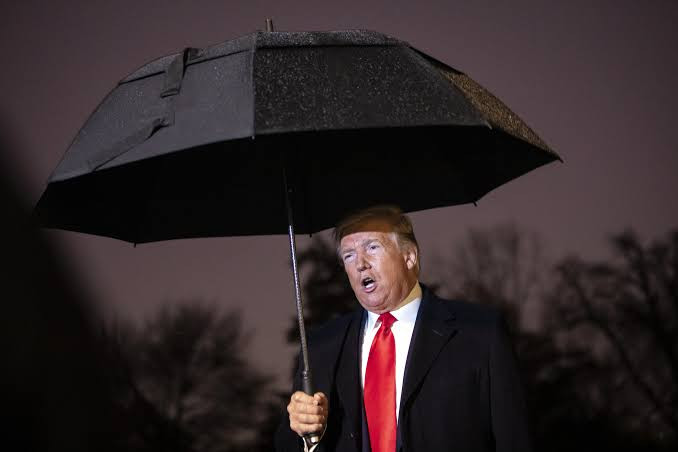 US President Donald Trump took to his Twitter to blast his favorite TV network Fox News after the conservative television network released new polls on Sunday saying more Americans were now in favor of impeachment. 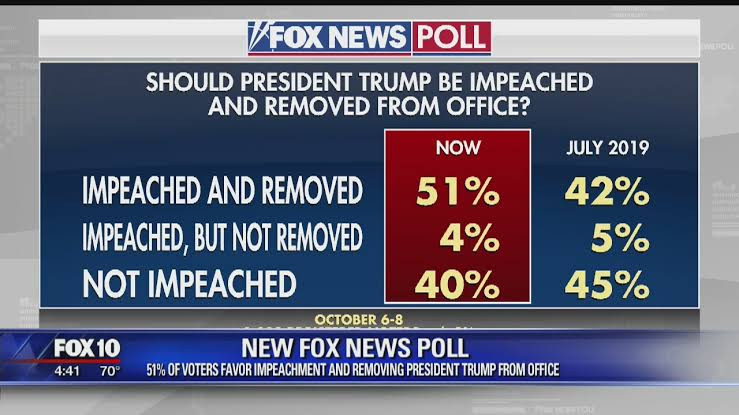 Trump, who has been accused by Democrats of Obstruction of congress and abuse of office, blasted the polls, claiming they were fake just like the 2016 polls that said he would lose the elections to Hilary Clinton and never be president.

Trump tweeted; “The @foxnewPolls, always inaccurate, are heavily weighted toward Dems. So ridiculous – same thing happened in 2016. They got it all wrong. Get a new pollster!” 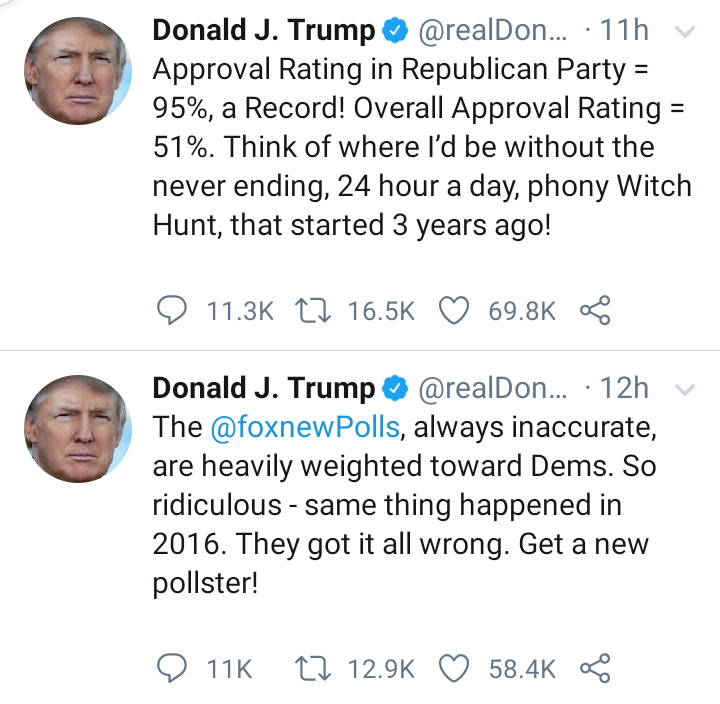 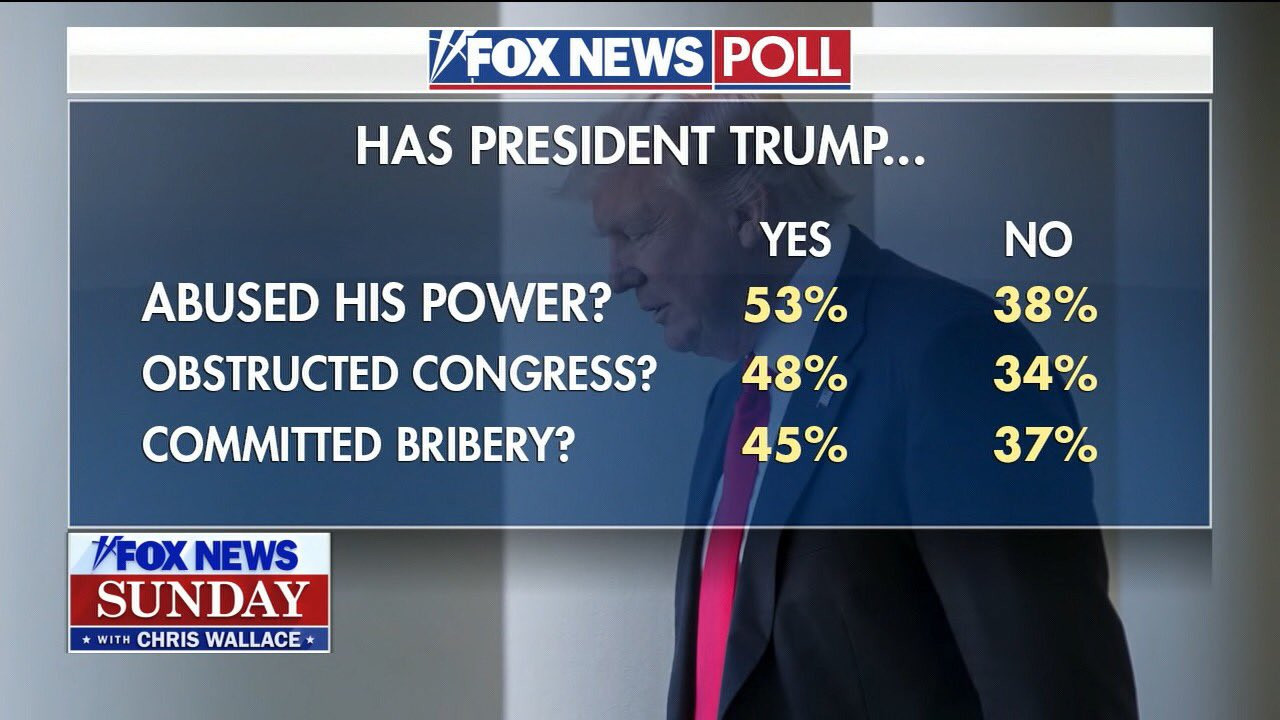 Fox News and Trump have an affinity for each other as he regularly watches and comments on Fox TV shows, grants the network a lot of exclusive interviews and has employed some of it’s staff before into White House positions.