US President Donald Trump announced Thursday July 16, that he is replacing campaign manager Brad Parscale with longtime political aide Bill Stepien after new polls show him trailing behind Joe Biden in the presidential race amid a spreading Coronavirus pandemic and racial injustice that has devastated the economy.

The president wrote on his Twitter that Parscale, “who has been with me for a long time,” will stay as a senior adviser focusing on digital and data strategies. 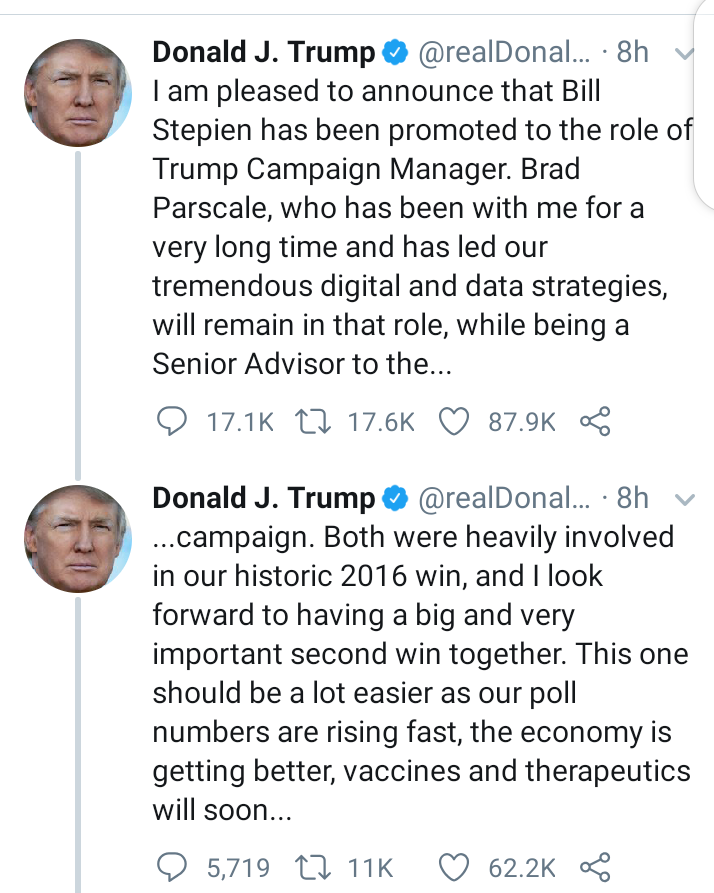 According to reports, Parscale has been marginalized in the campaign for some weeks, with Trump angry about a mismanaged rally in Oklahoma, where far fewer people attended than expected.

Stepien was the field director for the 2016 campaign and has worked for Trump since the election.