On Wednesday, July 15, Twitter announced that so many high profile celebrity accounts like former US President Barack Obama, Joe Biden, Kim Kardashian, Kanye West, Elon Musk were breached, as the hackers used the accounts to post scam messages soliciting Bitcoin transfers to a wallet controlled by the hackers.

According to Twitter, hackers received $120,000 worth of Bitcoin in 500 transactions, with the scam said to be one of  the largest ever on a social media site.

The FBI has announced it is investigating the hacks, and said the high-profile accounts ‘appear to have been compromised in order to perpetuate cryptocurrency fraud.’ 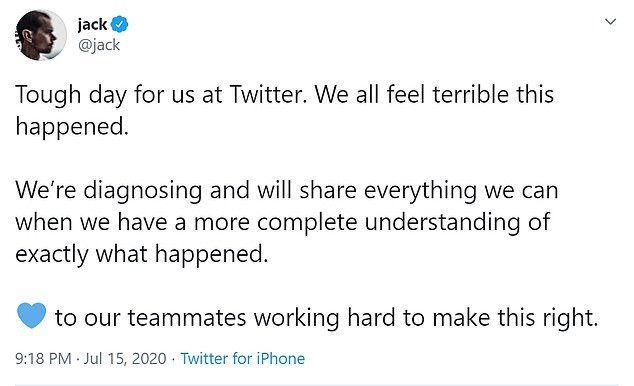 After discovering that the hackers used Twitter’s own administrative tools to carry out the attack, the company is now investigating whether an employee was tricked into turning over their credentials, or bribed into cooperating, according to the New York Times. 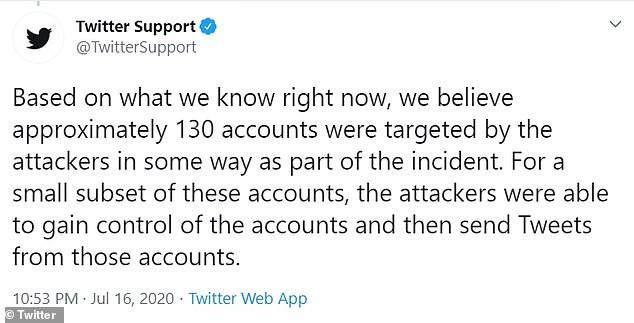 Hackers claiming responsibility for the attack previously told Motherboard that they had paid off a Twitter worker to help carry out the attack, sharing screenshots of a Twitter admin panel to back up their claims.
‘We used a rep that literally done all the work for us,’ one of the alleged hackers said.

Twitter says said it is continuing to assess whether non-public data related to the targeted accounts was compromised, and that it will provide updates if that occurred.