Twitter users have reacted to a video shared online showing Mompha paying a visit to Adeherself at her house, after her release from EFCC custody.

Recall that Adeherself, who is a social media influencer, has been in EFCC custody since July 7 for alleged possession of fraudulent documents. She finally regained her freedom on July 24 after meeting her bail condition.

Mompha who has also been a guest at the EFCC holding cell, went to pay Adeherself a visit and shared the video on his Instatories.

Watch the video below:

Nigerians over social media are reacting to the visit.

See the various reactions below. 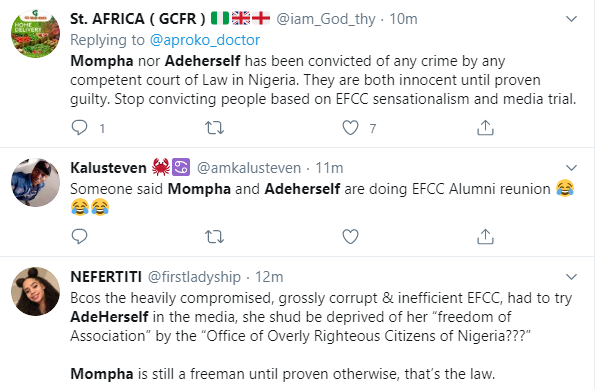 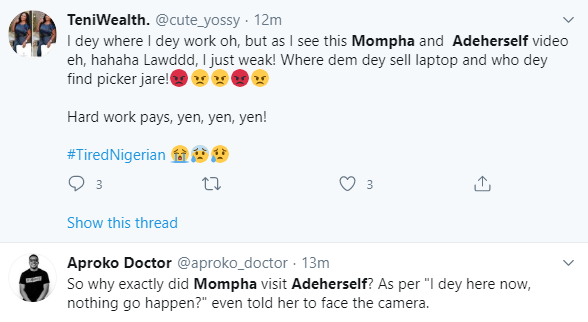