The punishment was handed down on Monday, July 27, in Langsa city, Aceh.

Despite the bans on crowds over Coronavirus fears, several people gathered to watch the pair get lashed for the crimes they had committed.

Aji Asmanuddin, the head of Langsa’s Islamic sharia agency, said the two hijab-wearing suspects were arrested in March along with five sex workers, who could also face a flogging if found guilty of violating Islamic law. 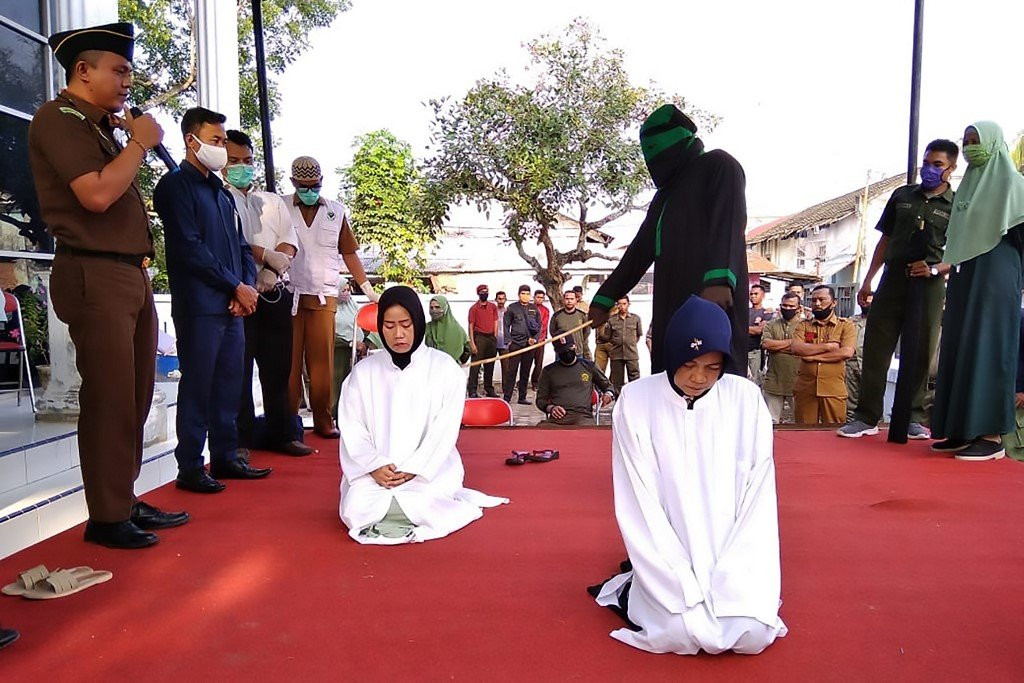 They were punished for violating sharia by advertising (sex) through the internet,’ Asmanuddin said.

Officials were struggling to crack down on the area’s booming online sex trade, he added.

‘This is the first (pimping) case in Langsa although we believe there are many of them out there,’ Asmanuddin said.

‘We just don’t have the necessary tools to monitor them online.’

Aceh is the only region in Muslim-majority Indonesia to impose Islamic sharia law, which allows flogging on several offenses including prostitution, gambling, adultery, drinking alcohol, and gay sex.