The Nigerians identified as John Bull and Marvellous were arrested from Delhi on Saturday, October 31, alongside a woman, Sumir, following a fraud case registered by an Aligarh resident, Bhagwati Dutt Sharma. 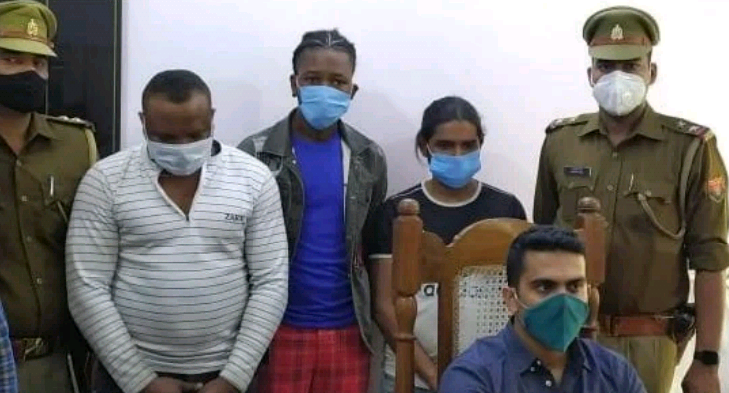 The victim was allegedly conned out of Rs 31 by the conmen citing it to be customs fees for a gift parcel sent from London.

According to the police, the Nigerians befriend victims on social media especially Facebook posing as a businessman from the UK or other European countries.

“Gang member chatted with the victim for a few months. When the gang gauges that they have gained the victim’s trust then they tell them that they are sending some gifts—few dollars, an expensive phone and some jewellery,” said an officer investigating the case.

Then a few days later, the victim gets a call from another conman who identifies himself as customs officer from Delhi Airport asking for duty to get the gift parcel released.

Once the victim is under their trap, the conmen trick them to pay money on the pretext of the processing fee, customs duty, documentations and other charges. But, till the time they find out that they have been duped it gets too late.

Acting swiftly, Aligarh police through technical surveillance tracked the suspects to Delhi where a raid was conducted and the three accused were arrested.

Police also said the suspects and others at large usually send a large chunk of money made from the scams back to Nigeria.