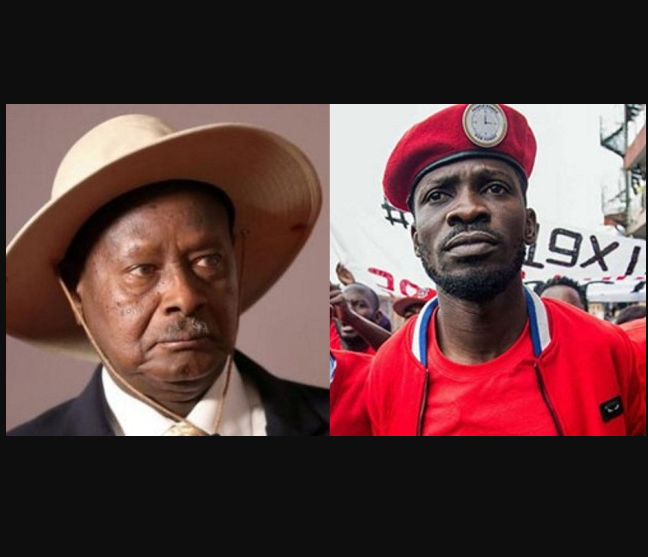 Authorities in Uganda have announced red berets and tunic as official military uniform, basically banning the uniform of opposition leader Bobi Wine and his supporters.

This was announced on Monday, September 30, in a gazette notice outlining what constitutes military clothing.

“The dress code for the UPDF (Uganda People´s Defence Forces) has been gazetted. The action was endorsed by the top organs of the army which also commended the dress committee for concluding the task assigned to it years back,” army spokesman Richard Karemire said in a statement. 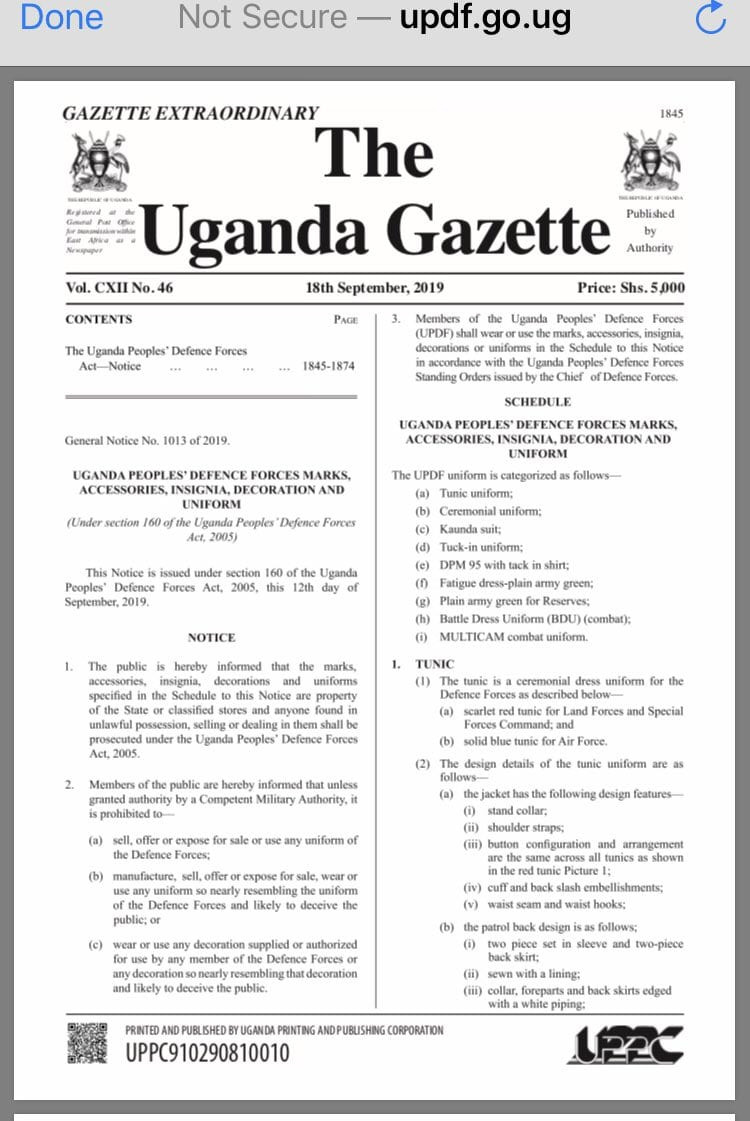 It manifests the commitment to define identity and outlook of a professional army as well as adhering to the EAC (East African Community) protocols,” he added.

The surprising announcement comes months after the pop star announced that he would be running for president against longtime leader Yoweri Museveni in 2021.  Bobi Wine made the red beret his signature, calling it a “symbol of resistance” but now the red color beret has been included in Uganda’s first ever gazette of all military clothing.

It was also stated that any member of the public found in possession of the items “is liable on conviction to imprisonment for a term not exceeding five years.”