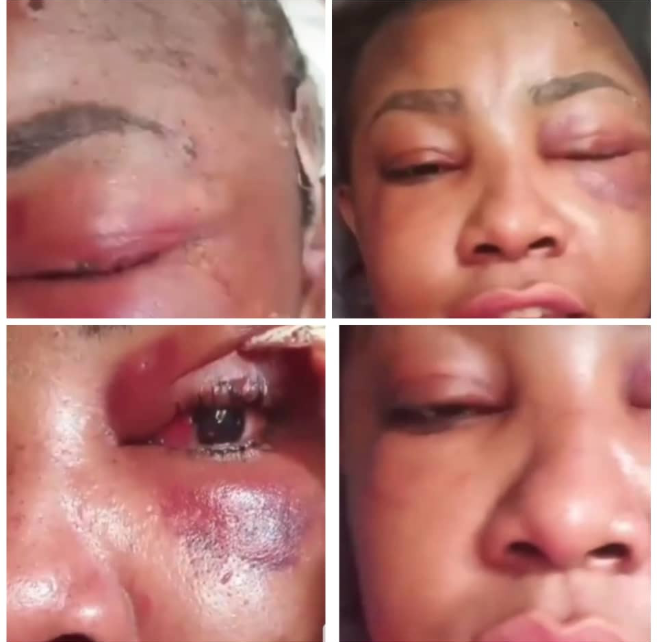 A medical doctor has poked holes in Nollywood actress, Angela Okorie’s claim that she was shot at by assassins for about 30 minutes and that 10 bullets were removed from her head.

The UK-resident Nigerian doctor said Angela’s injuries are not “consistent with bullet wounds”. He added that there’s no way assassins would spend about 30 minutes shooting at one person.

@tweetMOPOL made this analysis while speaking from the point of view of a doctor and also as someone whose “close relatives have escaped assassination”.

He went on to share a photo of what pellets look like in an x-ray to show how ” different” it is from Angela’s x-ray.

His tweets come after actress Angela Okorie revealed she was shot by assassins and 10 bullets were removed from her head (read here and here).

Plug his tweets below. 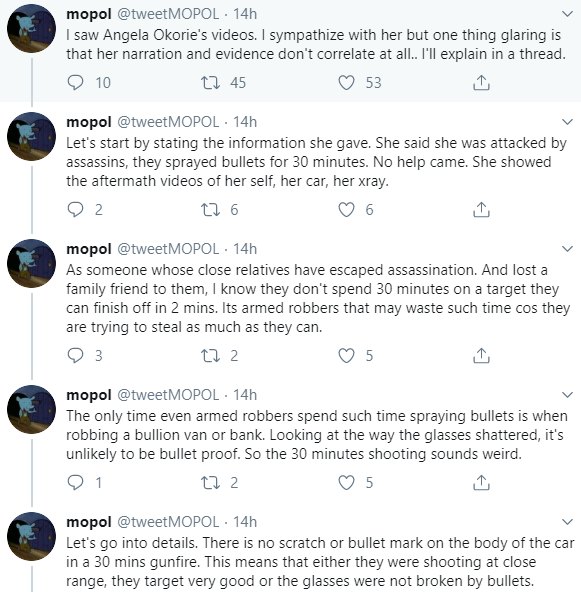 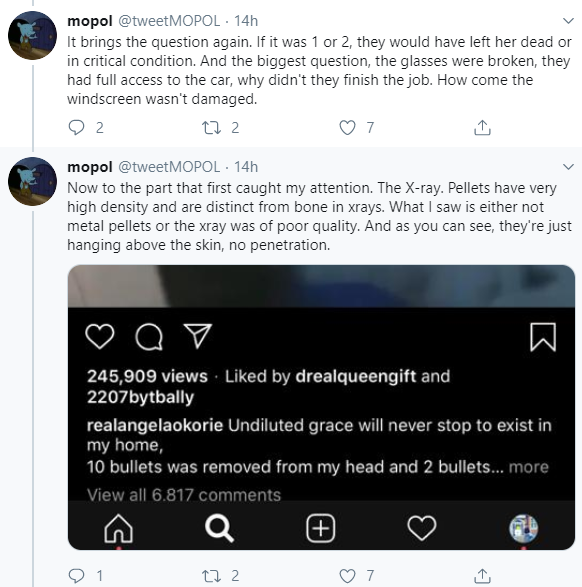