Human rights advocate, Kola Edokpayi has secured the unconditional release of the 11-year-old boy arrested over his alleged involvement in the attack on a police station in Edo State.

Recall that the boy identified as Gift Osayuhi was arrested for allegedly joining the gang of hoodlums that attacked Oba Market police station at Evbuotubu area of Benin City. After the attack, the young boy was said to have worn the uniform of a police sergeant and declared himself as the Inspector General of Police (IGP) Read here 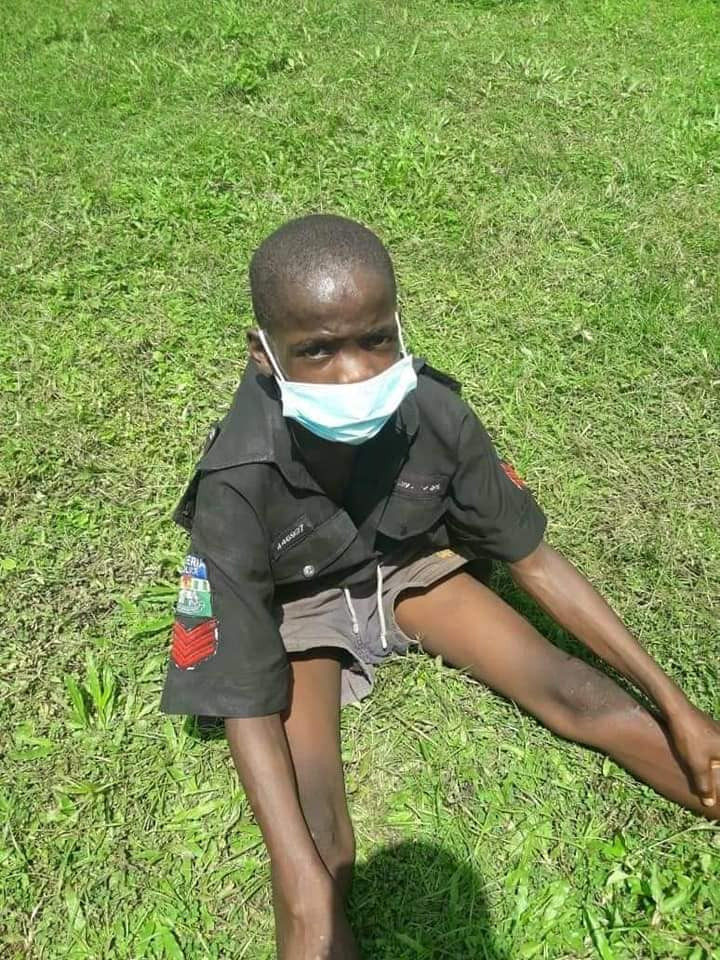 Confirming the development on Friday October 30, Mr Edokpayi thanked the Edo State Commissioner of Police, CP Johnson Kokumo and the State Ministry of Justice for their understanding and cooperation.

He also disclosed that the boy, whose mother is a widow, said that his dream is to become the IGP.

“We have been able to secure the unconditional release of the 11 year old boy by name Gift Osayuhi whose picture went viral on social media yesterday for allegedly joining some miscreants to break into Oba Market Police station, took their police Uniform,wore it and declared himself as the new IG of Police during the ENDSARS protest. The boy was released to us after we undertook to rehabilitate and reform him,” said Mr Edokpayi.

“The young boy said his dream is to become the IG of Police and we also undertook to ensure the boy is giving a proper education so as to help help him achieve his dream. We sincerely thank Edo State Commissioner of Police and Edo State Ministry of Justice for the kind understanding and cooperation. We also met with his mother who told she is a widow who takes care of the children alone and the little boy usually assist her to sell water and drinks in Ring Road” 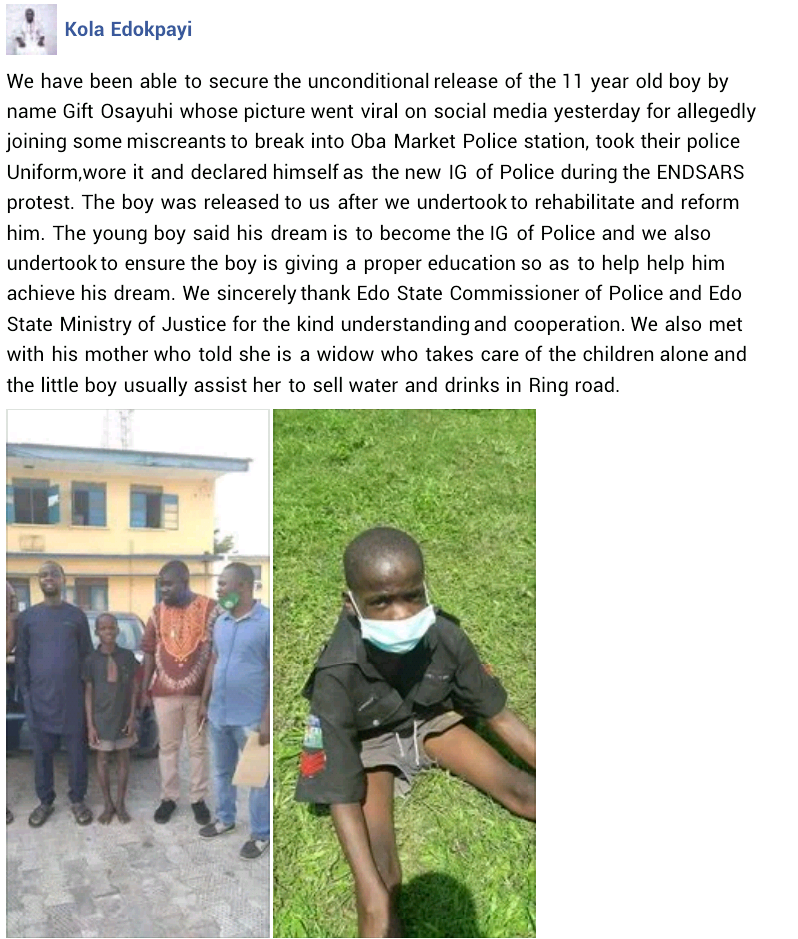