Fans of popular Nigerian Singer, Rema are currently reacting to some photos which the singer shared on social media.

While some fans are praising the Singer for looking younger by the day, others have slammed him for sharing “below-average” photos on social media.

One fan mentioned that WAEC is making the Singer look lean.

Divine Ikubor, professionally known as Rema is an indigene of Benin, born on the 1st of May, 2000, which makes him 20years old.

He gained massive recognition after he dropped his song “Iron Man” which appeared on Barack Obama’s 2019 summer playlist. The fast rising artiste named his fan base ‘ravers’.

Checkout some comments on his recent photos below; 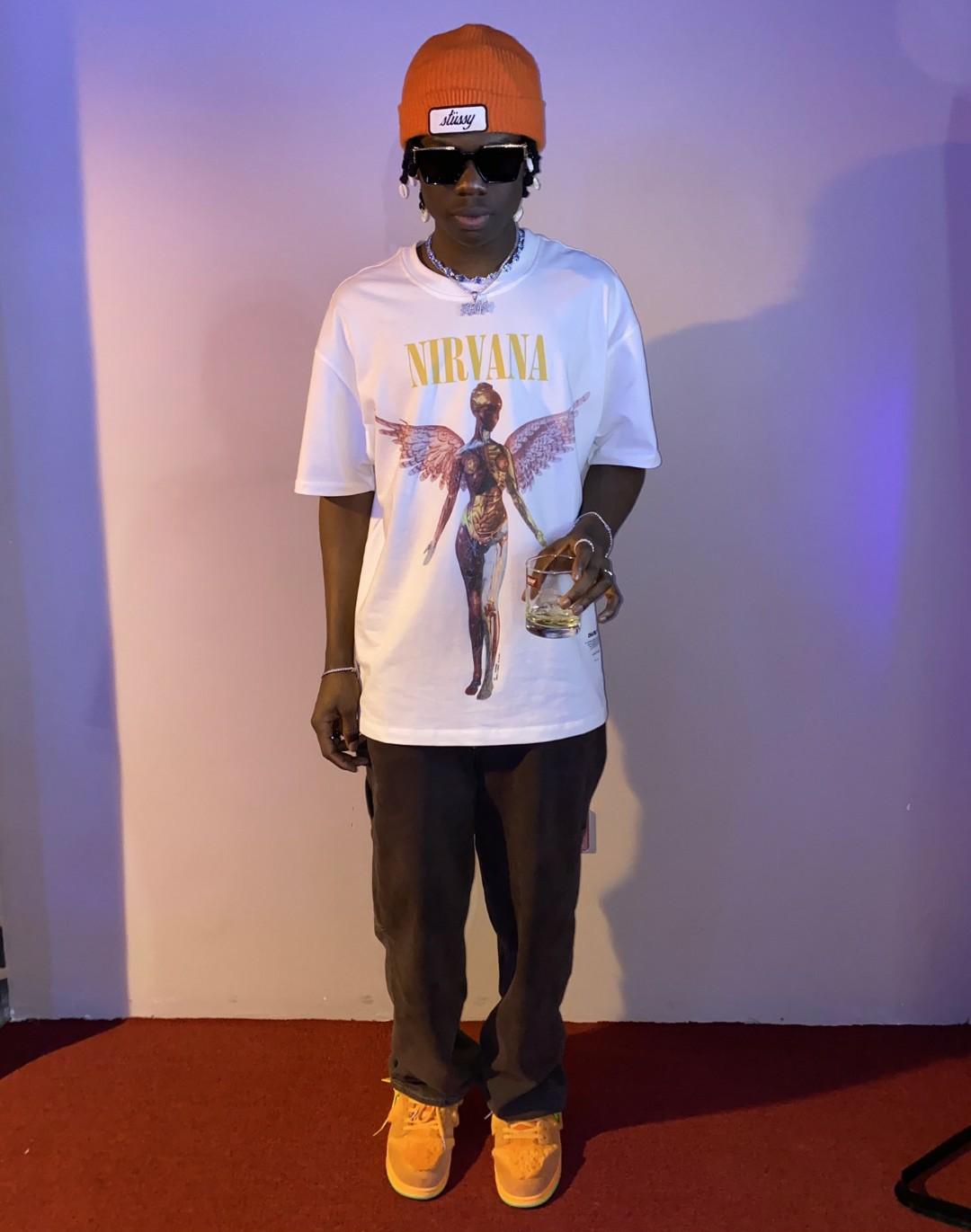 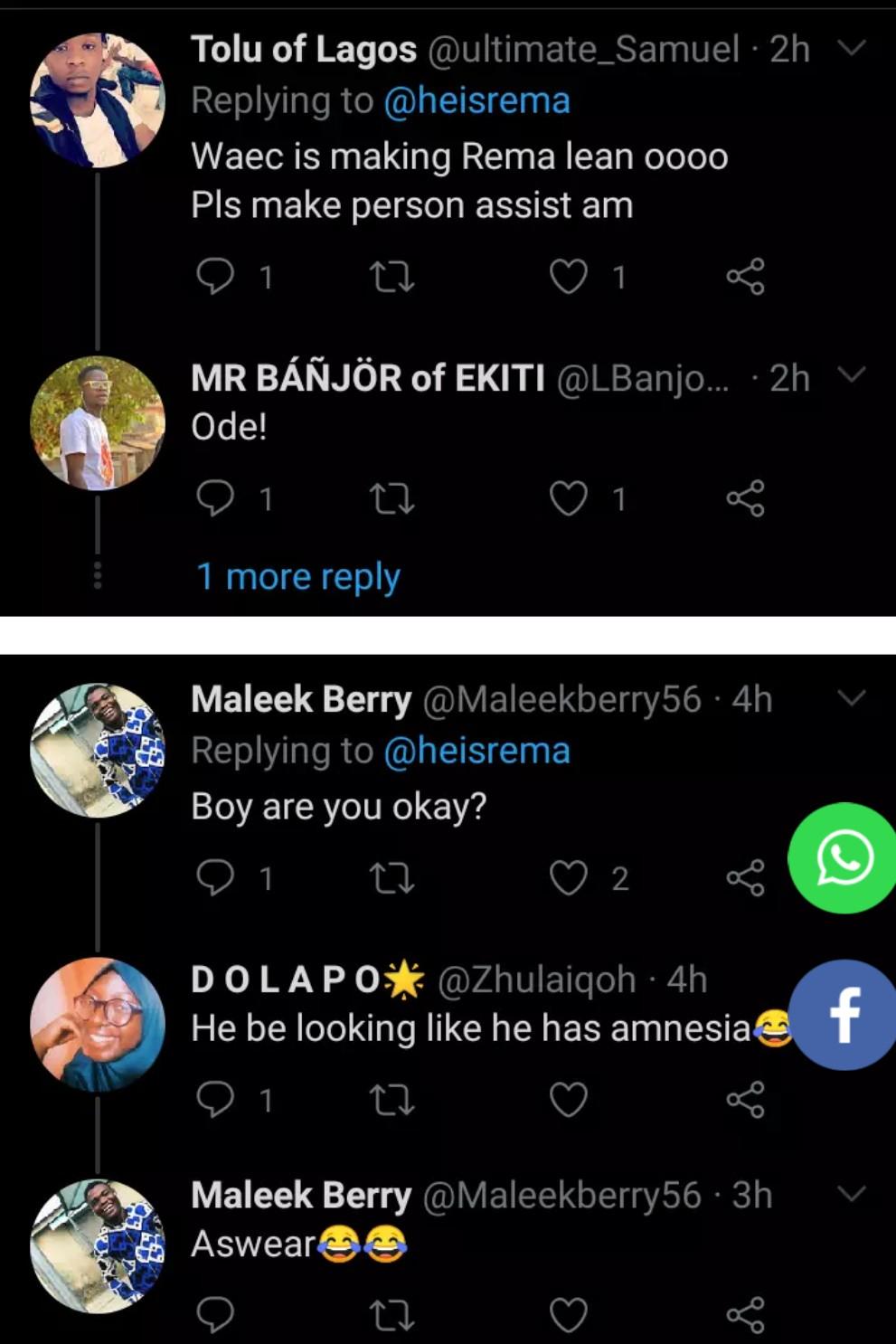 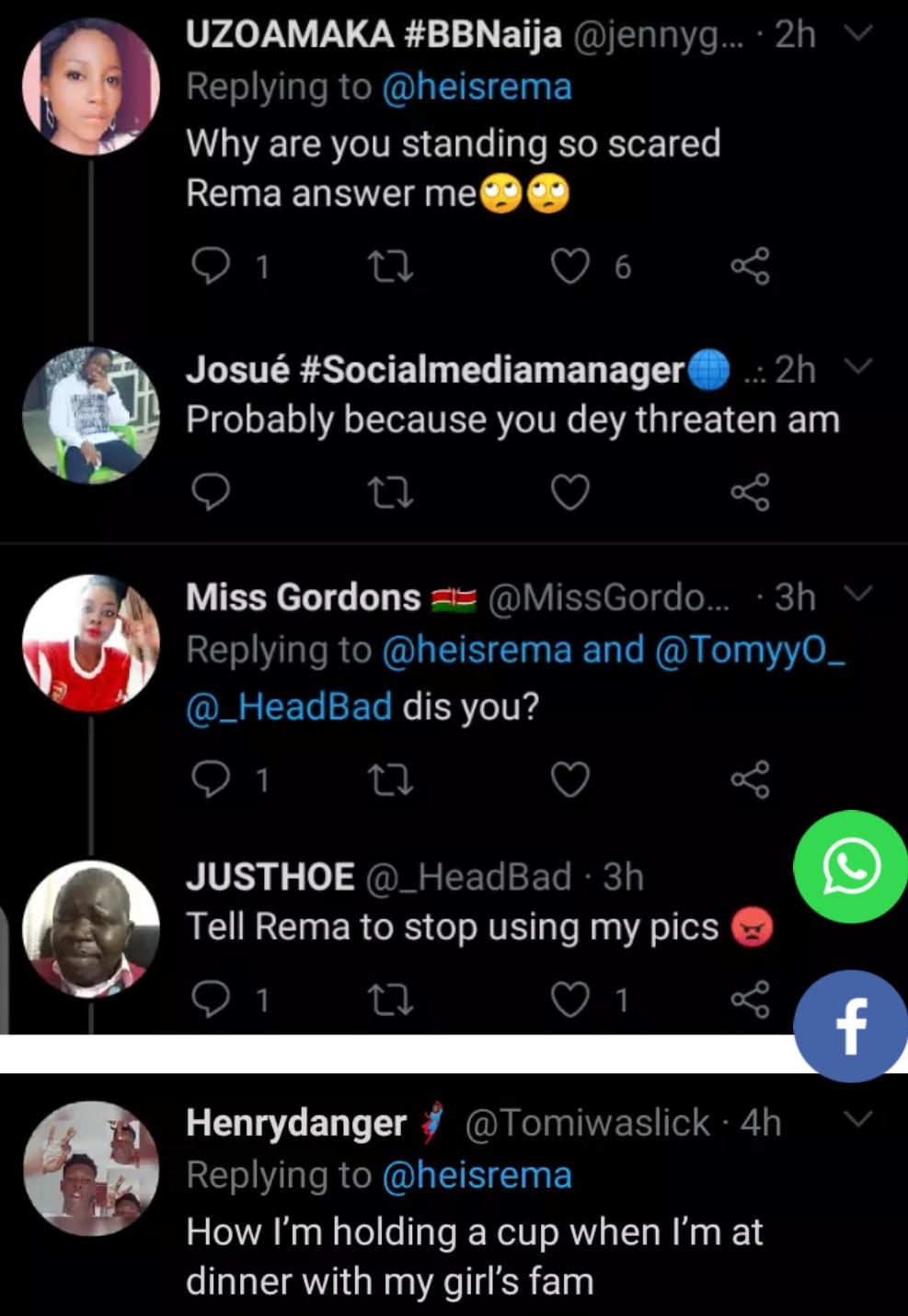