Watch: Manchester City’s Eric Garcia rushed to hospital after a massive collision with Ederson in 3-0 win over Arsenal

Watch: Manchester City’s Eric Garcia rushed to hospital after a massive collision with Ederson in 3-0 win over Arsenal

Manchester City defender Eric Garcia was taken to hospital after a sickening collision with his own goalkeeper.

Ederson raced off his line to head the ball clear during the latter stages of their 3-0 win over Arsenal – but crashed into the young Spaniard in the process.

With Garcia prone on the ground, the medics raced on and treated the 19-year-old for 10 minutes before taking him off.

Players from both sides gathered around with concerned looks on their faces while Garcia was treated.

Pep Guardiola had already used up all five of his substitutes and, with Garcia taking off for immediate medical treatment, City were forced to play the remainder of the encounter with 10 men.

He said: “Eric had a fantastic game, he did really well and he was composed. It was sad to see him go off like that.

“At first he looked pretty bad but after a little bit he looked himself, but only time will tell.”

He said: “We are a little concerned, he responded quite well but we have to wait for the next few hours.

“He is conscious which is a good sign but I think he is going for extra tests in hospital.” 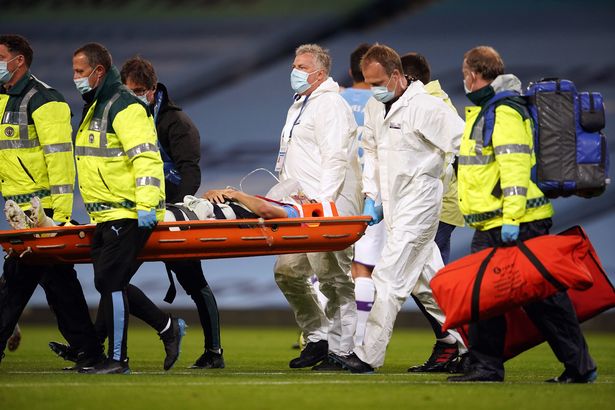 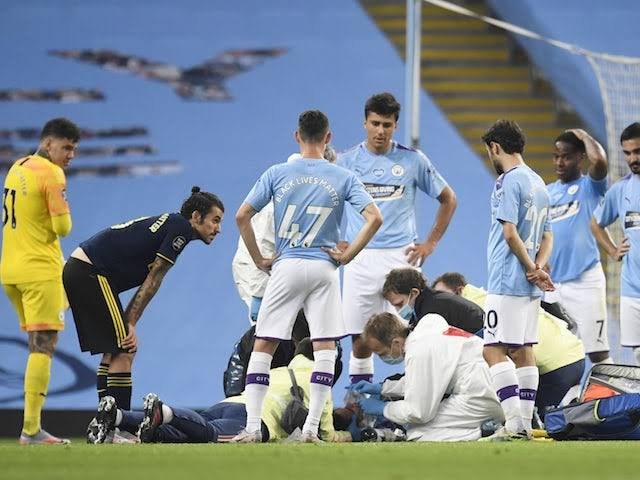 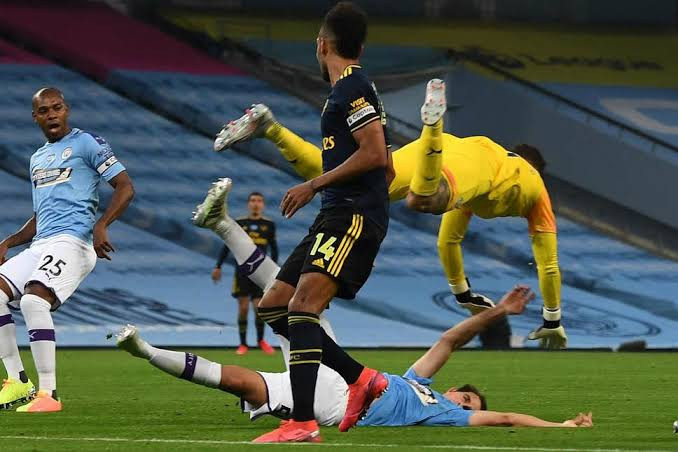