Naira Marley has canceled his planned demonstration to protest police brutality and call for the government to end SARS.

The singer had stated that he would lead a protest today to call for change after many young men and women narrated the horrific harassment SARS officials have subjected them to.

This morning, he returned to Twitter to ask his fans, Marlians, to stand down. He stated there will be no protest for now.

He tweeted: “We won’t be protesting anymore because there’s a lot of changes being made right now. As a Marlian we will give them a week to see the changes and if there’s no changes we will start a mass protest. #togetherwecan.” 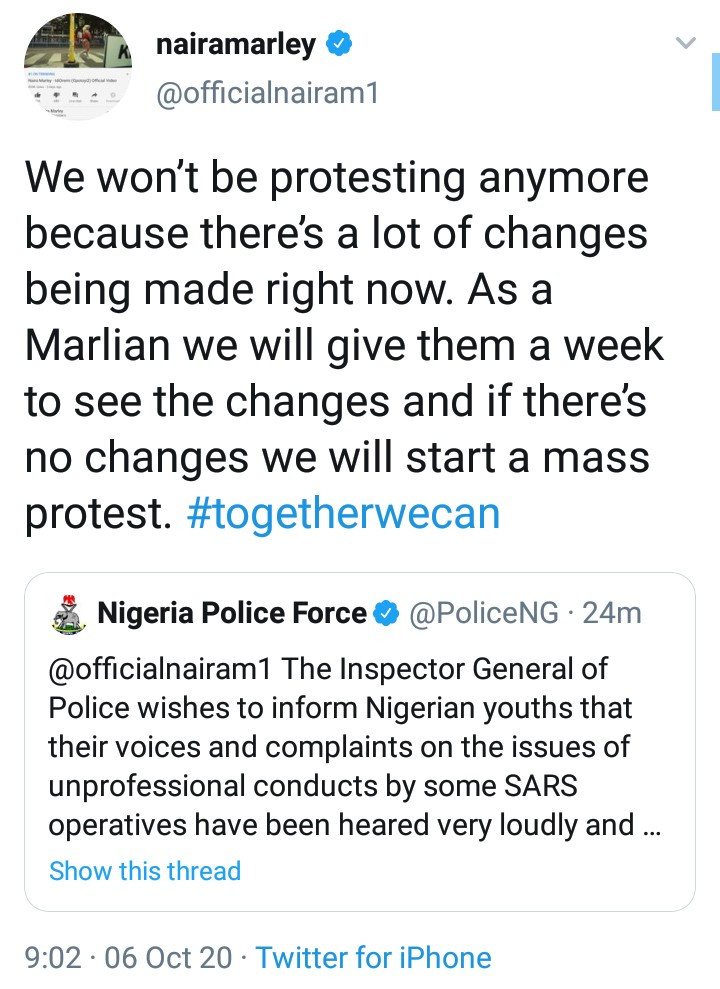 A number of his followers were not pleased with this announcement and they called him out. 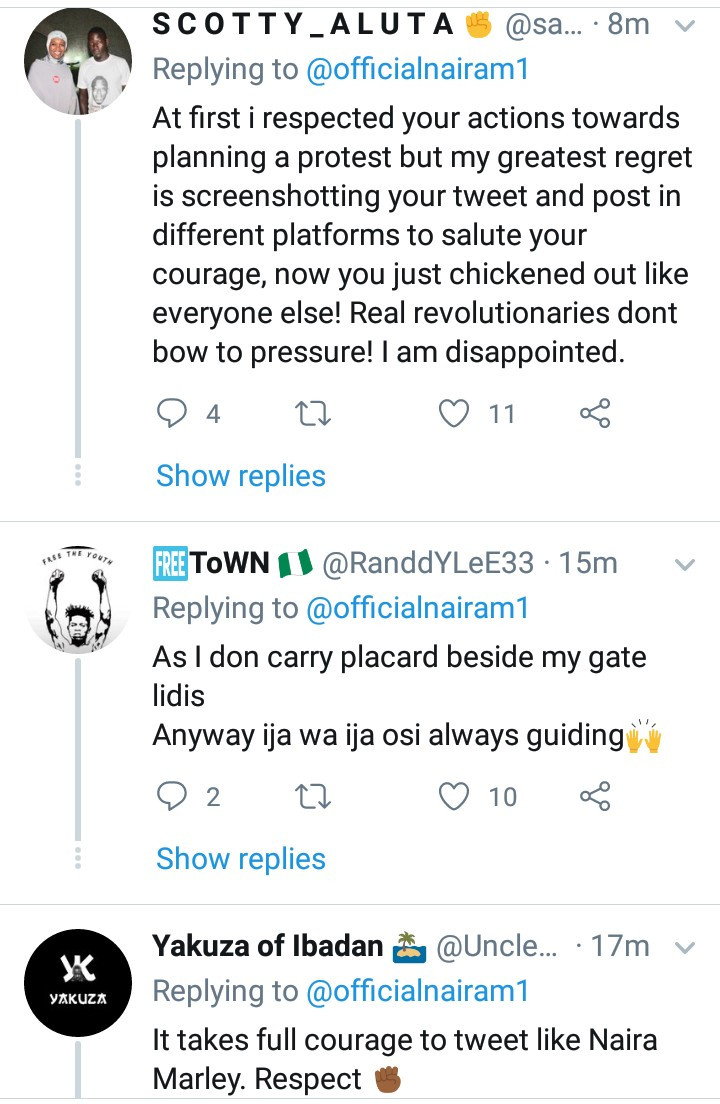 Naira Marley cancelled the protest after the police released a statement, addressing the concerns of Nigerians while disclosing that an Instagram Live Chat has been scheduled with Naira Marley today to discuss the way forward.

The Nigerian police tweeted: “@officialnairam1 The Inspector General of Police wishes to inform Nigerian youths that their voices and complaints on the issues of unprofessional conducts by some SARS operatives have been heared very loudly and clearly. 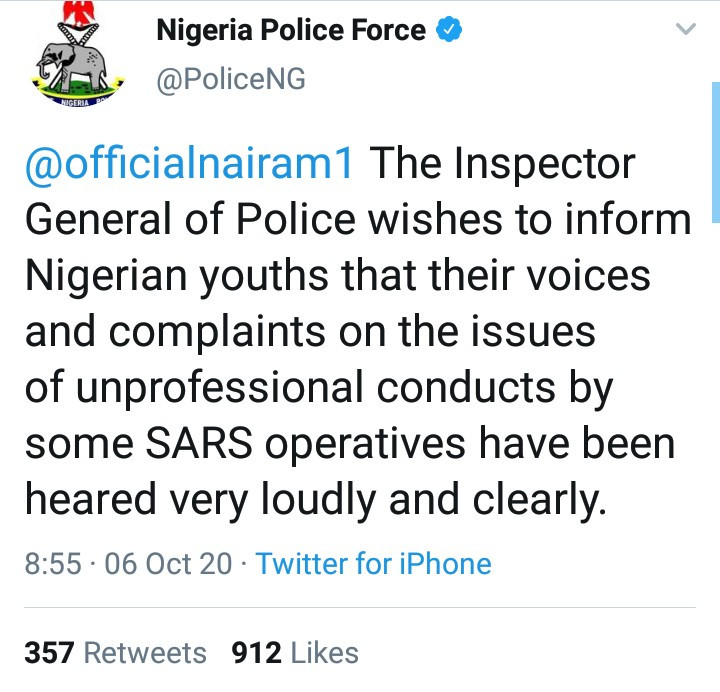 “The Force is irrevocably committed to changing these narratives and undertaking far-reaching reforms to reposition SARS and  other Tactical Squads for better service delivery.

“The Orders and restrictions on the operations of SARS and others already issued by the IGP are just the initial steps out of the many reforms  planned for the Tactical Squads.

“The Leadership of the NPF will work with the Ministry of Youth and other stakeholders, including Youth leaders, youth entrepreneurs, CSOs and others in formulating and implementing consensual reforms. 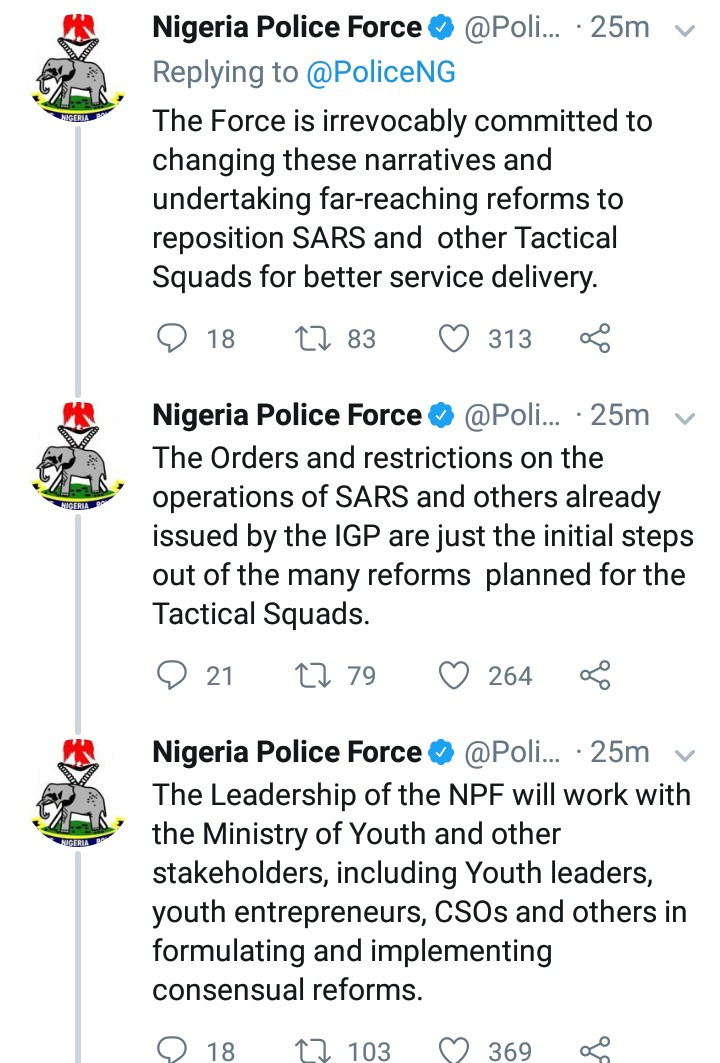 “Today, Tuesday 6th October,  2020, by 11am, the Force PRO- DCP Frank Mba will be having a live instagram chat with Naira Marley to answer questions and discuss the concerns of young Nigerians on the issues of SARS operations and other burning issues. Please stay tuned.” 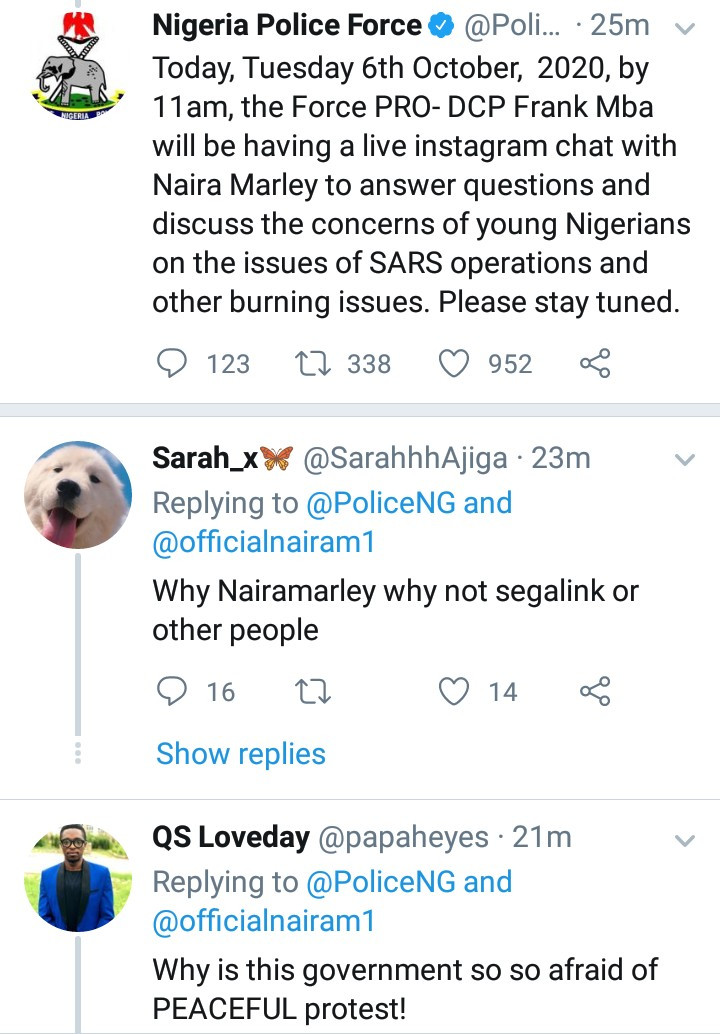