White House reacts to President Trump’s impeachment, describes it as ‘the most shameful political episode in US history’ 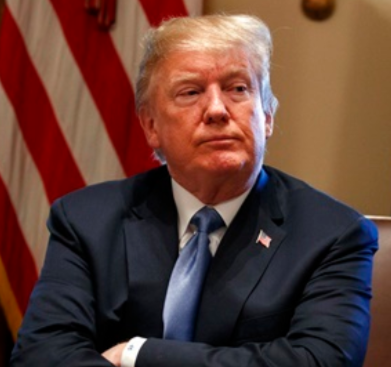 White House reacts to President Trump’s impeachment, describes it as ‘the most shameful political episode in US history’

The White House has reacted to the impeachment of President Trump by the House of Representatives describing it as ‘the most shameful political episode in US history’.

Plug the full statement below…

Today marks the culmination in the House of one of the most shameful political episodes in the history of our Nation. Without a single Republican vote or any proof of wrongdoing, Democrats pushed illegitimate articles of impeachment through the House of Representatives.

House Democrats blatantly ignored precedent, conducted the inquiry in secret, selectively leaked to media allies, and denied the President fundamental fairness and due process. Their articles lack any support in evidence and fail to describe any impeachable offense.

Democrats have lost sight of what this country needs: a Congress that works for the people. Their boundless animus for President Trump fuels their desire to nullify the 2016 election results and improperly influence the 2020 election.

The American people are not fooled by this disgraceful behavior. They understand fairness, due process, and substantial, reliable evidence are required before any American should be charged with wrongdoing and certainly before impeaching a duly elected President.

The President is confident the Senate will restore regular order, fairness, and due process, and will continue to work tirelessly to address the needs and priorities of the American people, as he has since the day he took office.