Woman gets out Igbo rapper, Zoro for supposedly assaulting her

Woman gets out Igbo rapper, Zoro for supposedly assaulting her

A Nigerian lady has taken to Instagram to share how she was allegedly assaulted by Nigerian indigenous rapper, Owoh Chimaobi Chrismathner alias Zoro Swagbag.

The lady said it happened on the 20th of April, 2015 at his friend’s house in Magodo, Lagos state. 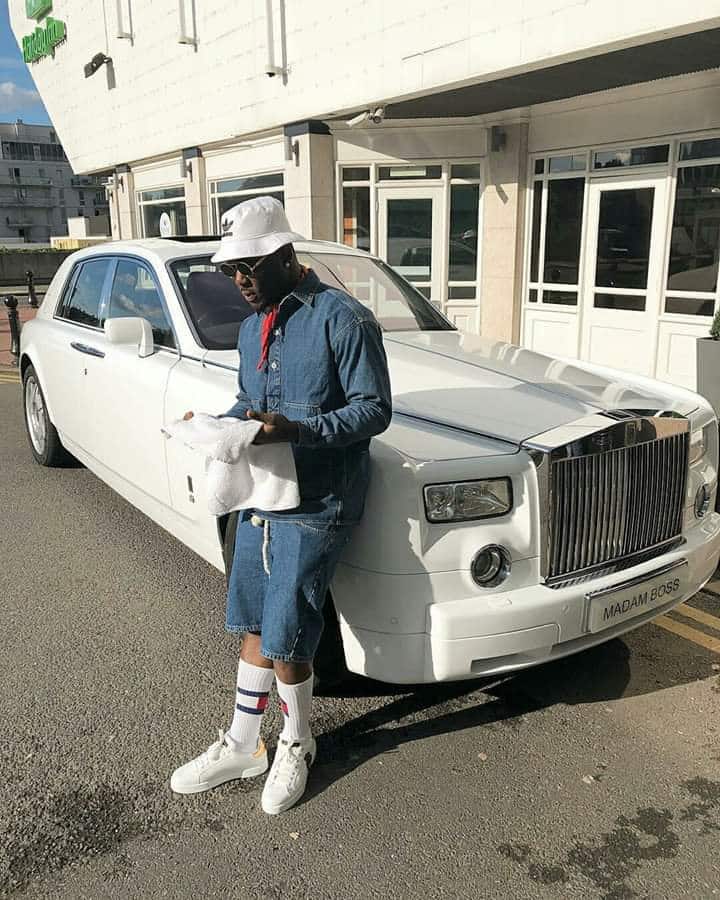 She wrote; “I just thought I should share this…. @zoroswagbag in April 20th 2015, at your friend’s house in Magodo CMD road, I followed my sister to come visit your friend(KOKO) whom you were squatting with then, and you asked me out which I told you I will think about it, after an hour of just meeting you, you called me into your room because you claimed you wanted to talk to me in private, how gullible I was to think it was just going to be a decent conversation with you, when I got into your room, you started forcing yourself on me to have sex with me, after struggling with you for over 30mins you overpowered me and raped me!!! You are a rapist! And I’m done struggling with the trauma and pain you put me through.” 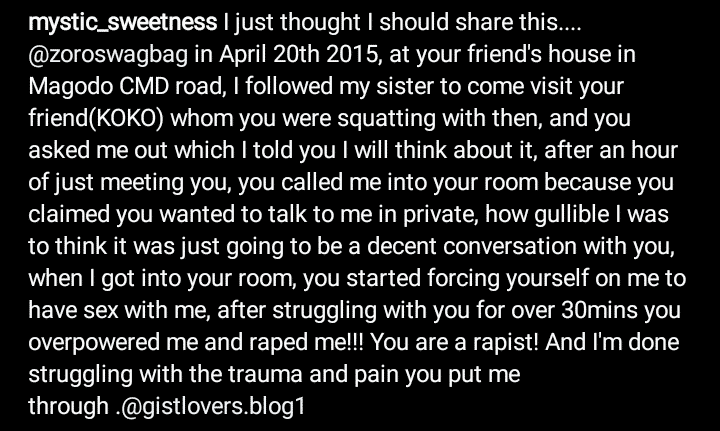 In a followup post, the lady claimed that Zoro’s manager reached out to her and she uploaded screenshots of their conversation.

According to the dripped conversation, Zoro‘s manager said he reached out to Zoro but he told a different story.

However, the lady said all she wants is an open apology from the rapper.

Plug screenshot of their conversation below; 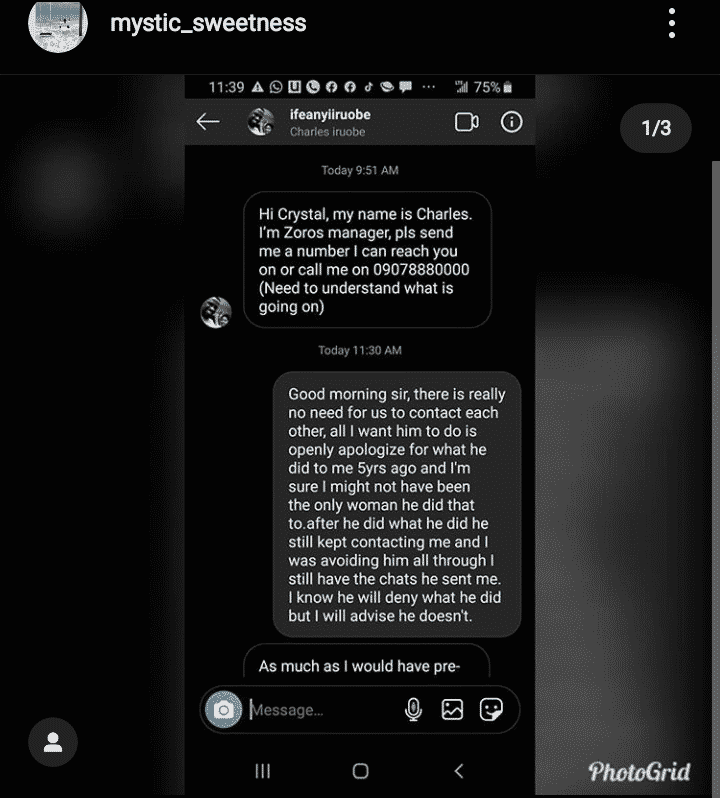 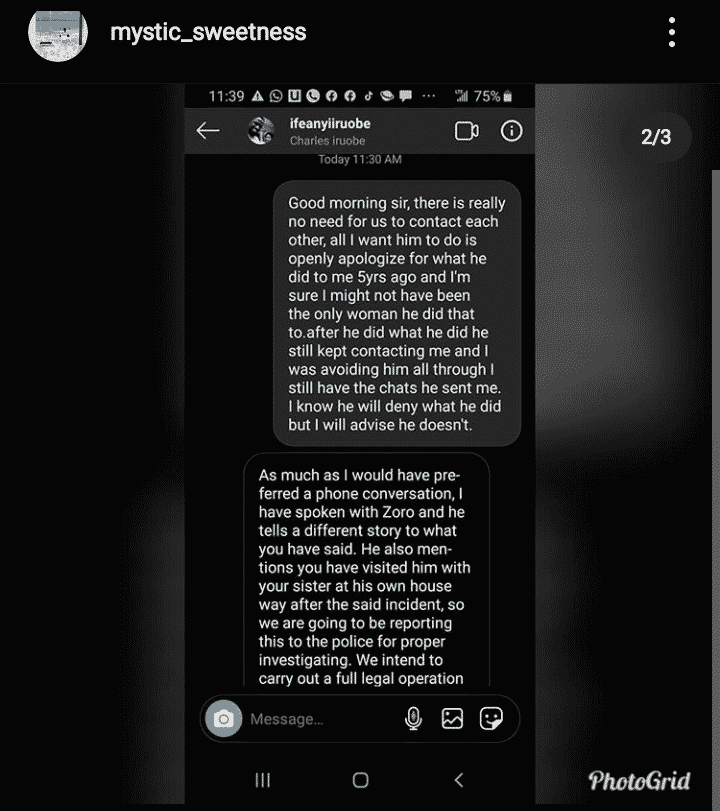 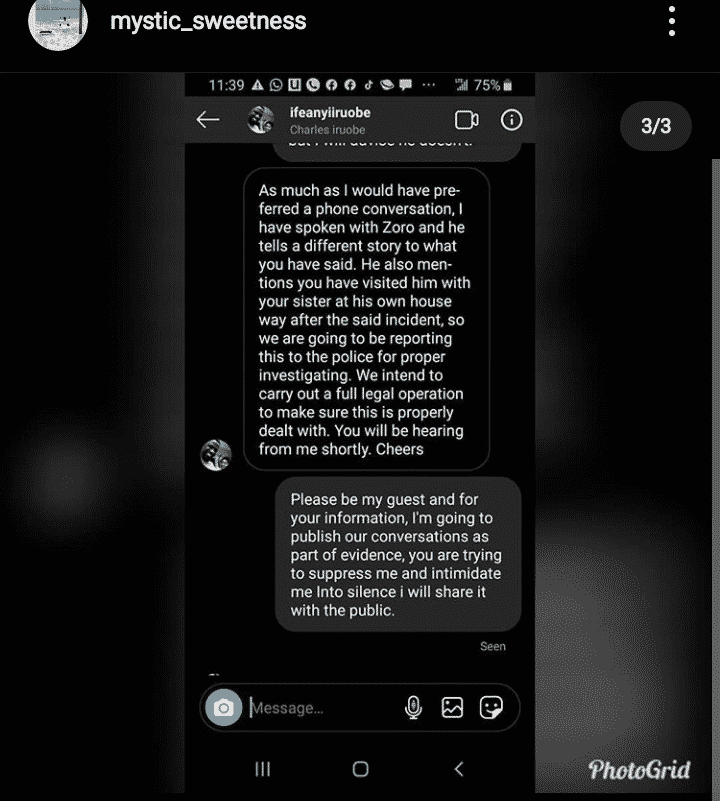